A Year-End Letter from the President

“If we ever needed the Lord before, we sure do need him now.”

These words from an old gospel song are ringing in my ears as I sit down to write to you. It seems like the sickness and sin of this world are more evident today than any other time in our lives. The world  is suffering. Those that are the poorest are often the ones being hit the hardest by the pandemic. Even a wealthy, self-sufficient nation like ours has met a problem we haven’t yet been able to solve. We’re deeply broken, and our political polarization loudly declares that brokenness. It’s not hard to be pessimistic.

This fall I have had the privilege of walking through Luke and Acts with the participants in RI’s REACH program here at the RIC. Together, we’ve had a front row seat as Jesus shakes his world. Jesus at twelve years old stuns the academics with his knowledge. He chooses both an Antifa member and a white supremacist to be his disciples (okay, it’s really a zealot who works to overthrow Rome and a tax collector who collaborates with Rome). He defends a “sinful” woman who washes his feet with her tears (unthinkable for a holy man of God). He calls out an unclean woman who touched his garment, signaling that his blood will make her clean rather than the other way around.

Jesus feeds a multitude with seven small morsels of food, and has piles of leftovers. He speaks, and the storm ceases. He tells stories that leave the common people smiling and the powerful people furious. He resolutely yet joyfully makes his way toward his crucifixion in Jerusalem.

Jesus is shaking his world again today. If we ever needed Jesus, we definitely need him now. If we thought it was hard to send workers before, it’s only gotten harder. If we thought visa issues were complicated before the pandemic, they’re far more complicated now. If our workers took risks before, they’re living with much more risk today.

This awful moment in history is also a wonderful moment because Jesus is on the move! We’re full of joy over new believers baptized in South Asia, Southeast Asia, North Africa, and the Middle East. We’re excited to learn of a movement to Jesus among the peoples of the Amazon River. And we’re seeing and hearing Jesus stories here in North America, too.

This is not a time to shrink back! We’re preparing to send new workers to North Africa and West Africa as soon as doors open. We plan to stay nimble and flexible enough to respond to the needs of the world, even if some of our methods need to change. We invite you to consider sharing in this joy-filled endeavor with a year-end gift to Rosedale International. 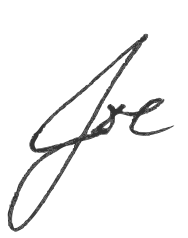 Your contribution may be given to a specific worker or program, or go directly to where it is needed most.

Include “Year-End” in the memo line.

Rosedale International is a Section 501 (c)(3) organization. Gifts to Rosedale International are deductible as charitable contributions for federal and state income tax purposes. With the accountability provided by CMC and our board of directors, we seek to honor God with these gifts and use them with efficiency and wisdom.