But God Gives the Increase

Larry and I walked into the church building; the rain began just as we entered. It was a torrential downpour, hitting the tin roof hard with its pounding. We were at the Comunidad Vida Church in Matagalpa, Nicaragua—one of the fifty-plus churches planted by Diego and Gloria Chavarria, owners of El Dorado coffee farm and providers of Café Diego.

In 2006, Diego and Gloria planted their first church at El Dorado. By the end of the year, they had planted a second church; before two years had passed, they had planted four churches outside Matagalpa. They were actively involved in these congregations when, in 2009, they decided to plant a church in the city of Matagalpa. They invited their daughter Ana and son-in-law Pablo to provide leadership for this fledgling congregation. A small group of believers began meeting in a restaurant, then in a small house on a corner lot. Larry and I were honored to join them several times.

After five years, the owner of the house gave them a three month notice. Diego and Gloria secured a lease for an old theater and began to clean. They chose to do this by themselves, and spent days scooping filth and dust. It took perseverance and was discouraging work to say the least, but in the end, they had a space where they could meet.

In the thirteen years since these small beginnings, the congregation in Matagalpa has grown from an original gathering of thirty believers to a regular attendance of over three hundred. This growth was what brought all of us to this very special service—a baptism for sixteen people.

The group to be baptized ranged in age from very young children to a woman close to 80 years in age. In previously recorded videos, each candidate gave a testimony of their walk with Jesus, how they have changed, and ended by saying how they have been made new in Christ. Each received a t-shirt with the statement hecho nuevo—made new—on the front. It was a blessed experience.

Following the baptismal, the congregation shared communion. As the pastor closed the service, he felt the Spirit telling him to give a call for others to follow Jesus. Fifteen people went forward! It was a beautiful sight to see this growth. 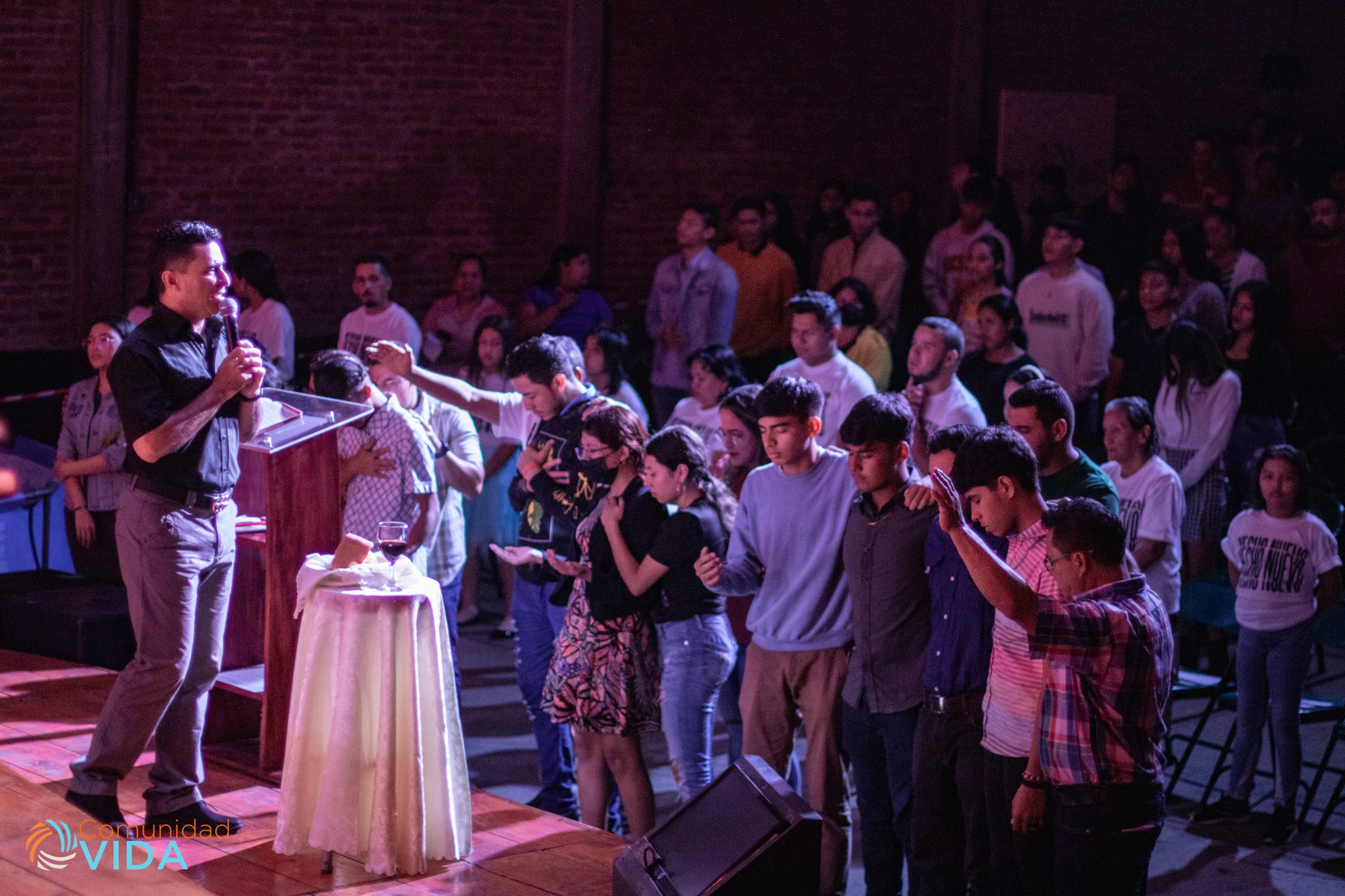 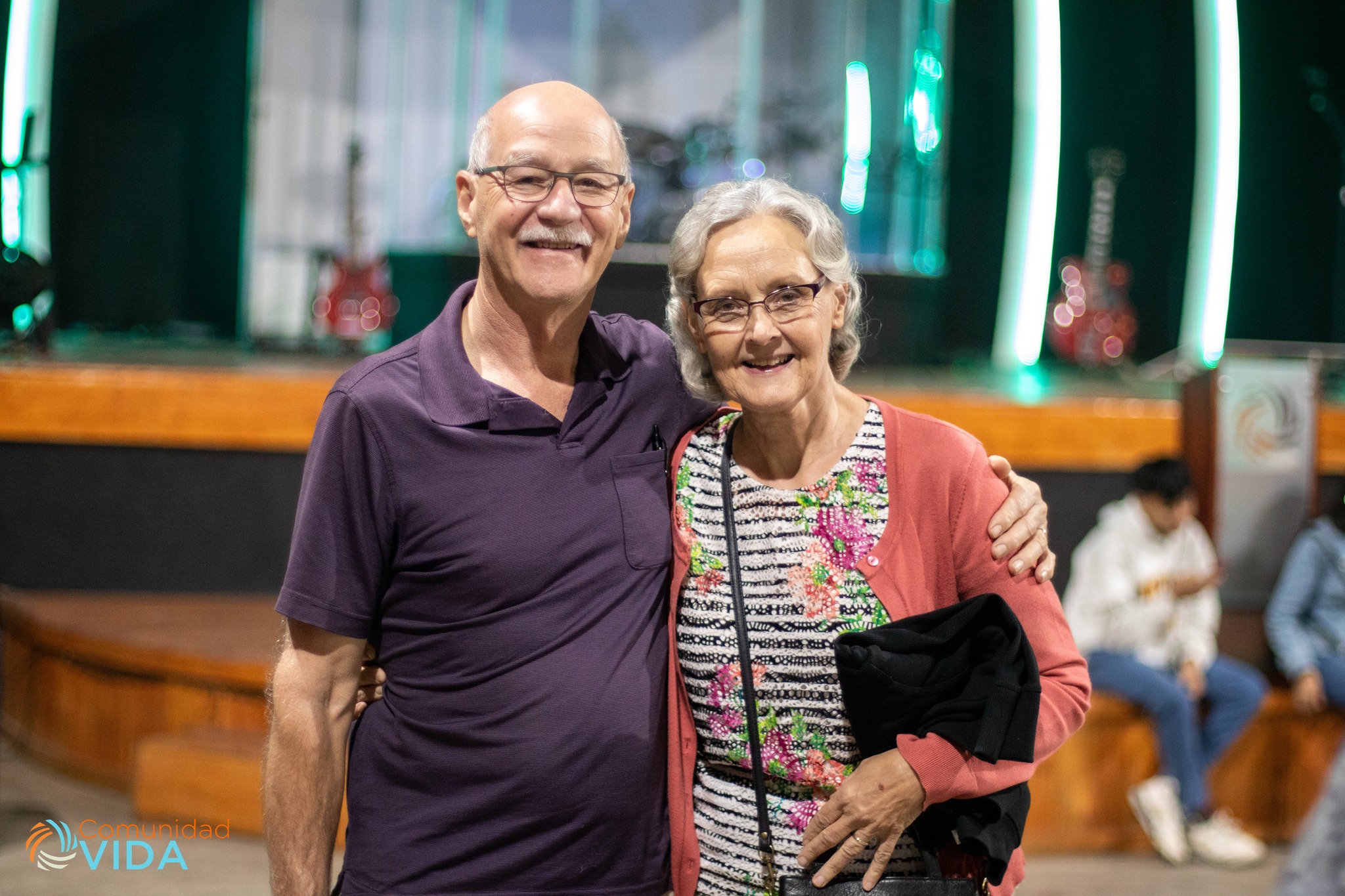 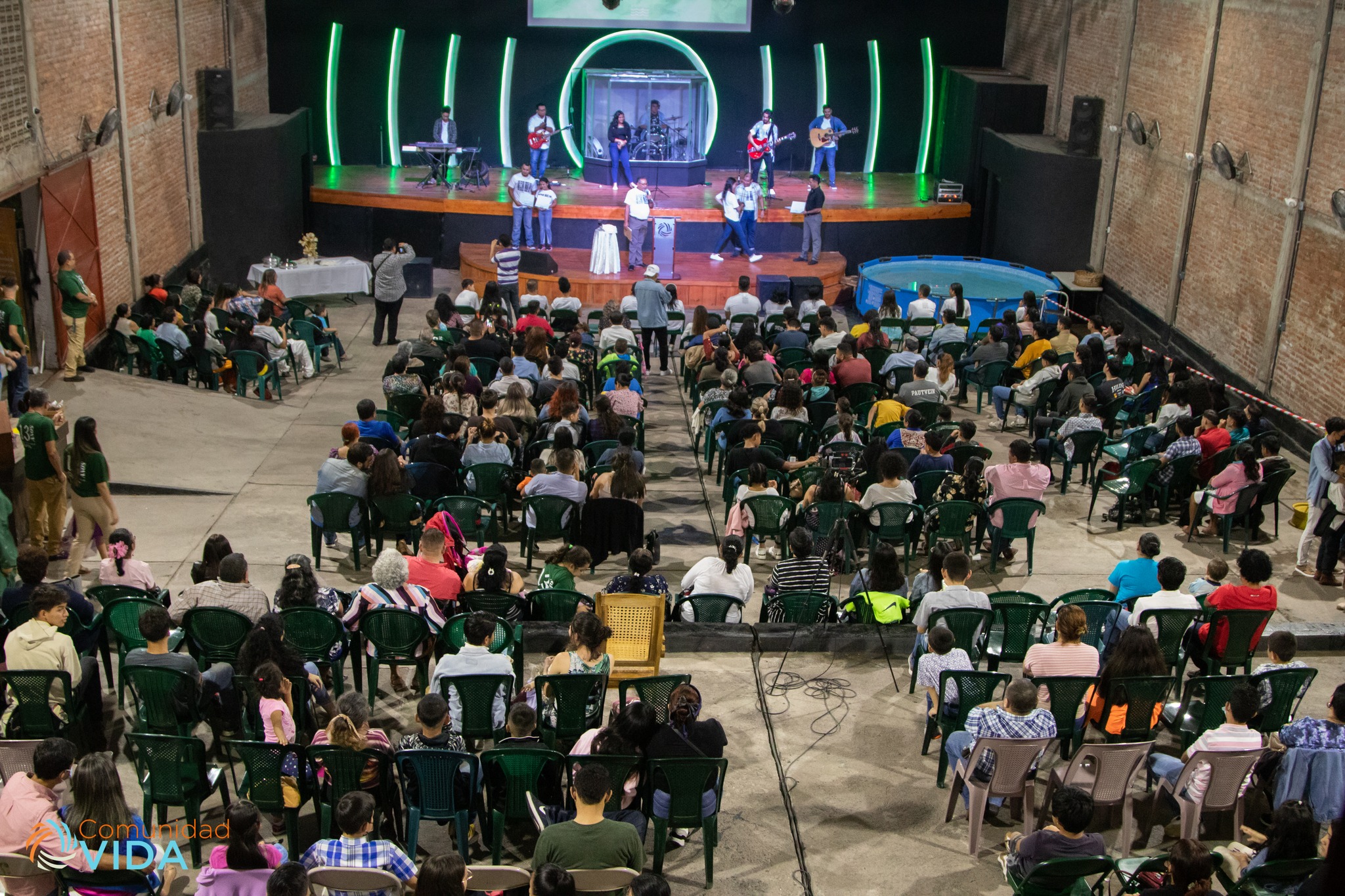 So much more could be written about the faithful work that Diego and Gloria have done and continue to do. But an important part of this story is that this work did not begin with them.

“But an important part of this story is that this work did not begin with them.”

In the mid-1960s through the early 1980s, Rosedale International (then Rosedale Mennonite Missions), sent young people into the remote parts of Costa Rica, Nicaragua, and Colombia as voluntary service workers. In the mid-70s, several of those workers arrived in Guapotal, a small community in the mountains of Nicaragua.

The hosts for these workers were none other than Diego Chavarria’s parents, who were Catholic and very influential in their community. RI’s volunteer workers showed the love of Jesus to the Chavarria family and their community, presenting a holistic gospel that was very inviting and new to the family. Through the seeds they planted, each member of the Chavarria family became a follower of Jesus! To this day, those who lived in the area during this time speak with deep appreciation and fond remembrance of all of RI’s volunteer workers. Their impact still lives.

We never know how God will grow the seeds we plant, but neither do we grow weary in the planting. Little did those young workers know that what they were doing would result in the growth we are just now seeing in Nicaragua fifty years later! Discouragement is often at our doorstep and yet, we plant in obedience to Jesus. He said to go and make disciples, so we go, we plant, and make disciples. God gives the increase!

“Who do you think Paul is, anyway? Or Apollos, for that matter? Servants, both of us—servants who waited on you as you gradually learned to entrust your lives to our mutual Master. We each carried out our servant assignment. I planted the seed, Apollos watered the plants, but God made you grow. It’s not the one who plants or the one who waters who is at the center of this process but God, who makes things grow. Planting and watering are menial servant jobs at menial wages. What makes them worth doing is the God we are serving. You happen to be God’s field in which we are working.” 1 Corinthians 3:5-9, The Message