By Paige, Assistant Director of Short-Term ProgramsMay 7, 2020No Comments 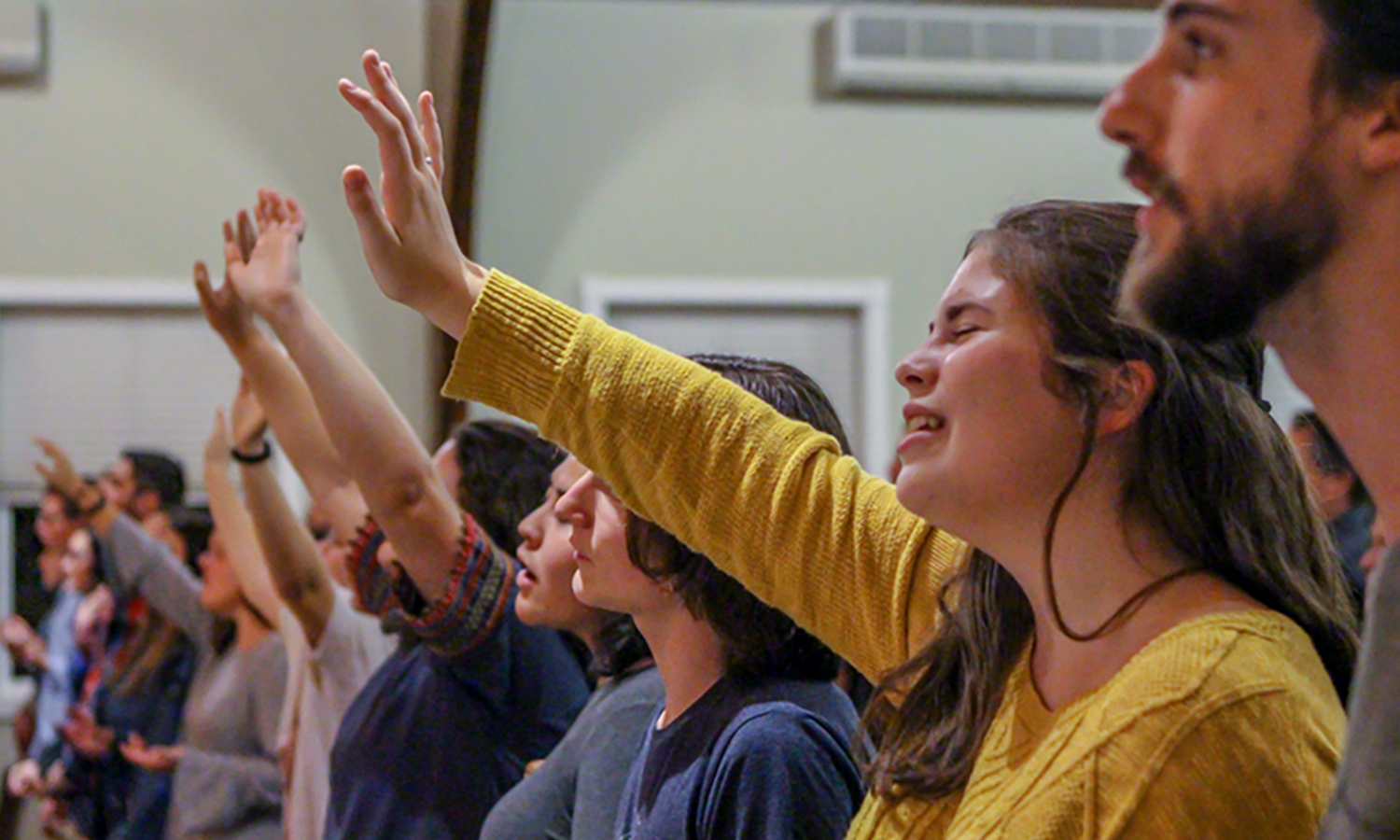 When this group of REACHers started their Discipleship Training School (DTS) last fall, I was deeply encouraged by the vulnerability, grace, and affirmation they brought with them. I had the privilege of watching them share profound and personal things about their lives while those around them responded with love and gentleness.

A prime example of this openness happened during a week of DTS that we call Ministry Week. This week is typically a very powerful and healing time for many of our participants, where they can share lies, hurts, or burdens that they are struggling with. The guest speakers for the week then guide each participant through a time of listening prayer and exercises to help them process and begin to let go of these influences. After one of these sharing times, a teammate came to their team with some deep lies they were believing about themselves. The team quickly turned to the Lord for truth and wisdom and began walking the struggling teammate through the prayer and listening exercises they had just learned. They were tangibly being the hands and feet of Jesus to each other right then and there; such a blessing to watch them realize that God can use them to do big things without formal training or expertise.

During their cross-cultural outreach, I had regular video calls with the teams. On many occasions I would hear stories about how the whole team had gathered together to pray and encourage a teammate who was struggling or hurting. I would also hear how they were seeing the positive results of being vulnerable with the friends they were making in their outreach locations. Throughout the entirety of the REACH program, they cheered each other on as they sought to share the love of our Father and bear one another’s burdens as they walked through hard times together.

Not only did they do well at affirming their peers, but they also did an incredible job of encouraging us as their leaders. They taught me how to humbly receive love and the beauty that can come from letting others into the deep parts of your life. I enjoyed journeying through this season of their lives with them and I am honored that I got to be a part of it. Though it was sad to watch them leave places that had become special to them and to say goodbye to them early, it was encouraging to see the way they responded to the COVID-19 crisis and respected the decisions made by our department.

“…we aren’t missing out on anything the Father had for us because he always knew that we were going to come back early.”

During our time of re-entry and debriefing with the teams, several of them had stories about the Father preparing them to come back early even before we had made the final decision (see Olivia’s story from Indochina). I also heard many comments showing how they were keeping their hearts soft toward the Father, and choosing to trust him in the uncertainties of their lives. During one meeting, a REACHer shared that, “we aren’t missing out on anything the Father had for us because he always knew that we were going to come back early.” What a beautiful perspective. One that I hope to carry through my own life and am thankful to have witnessed.

Up to the end, this group continued to pursue one another in love and listen to the dreams, desires, and lessons the Father was laying on their hearts. They were vulnerable and gracious while encouraging each other forward into the new seasons they are starting. The work of the Holy Spirit in their hearts is deep and genuine, and I am very excited to see where he leads them in the future.